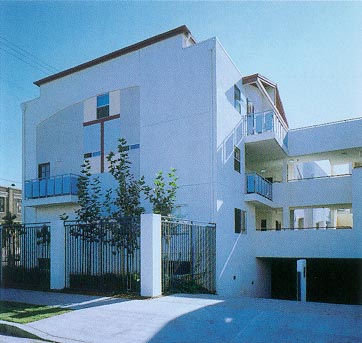 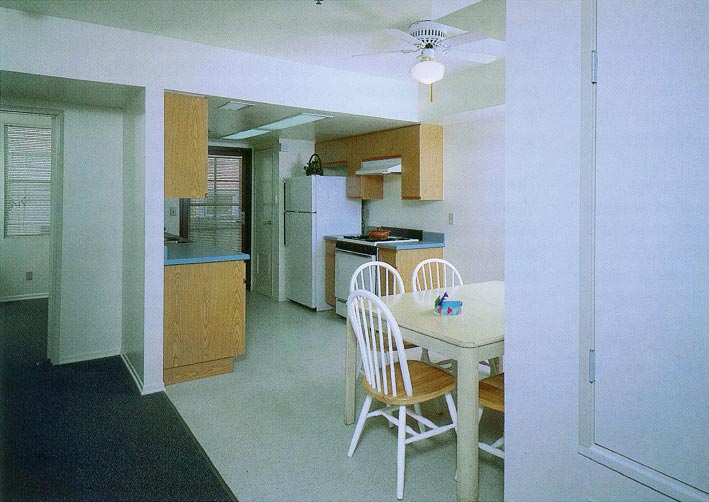 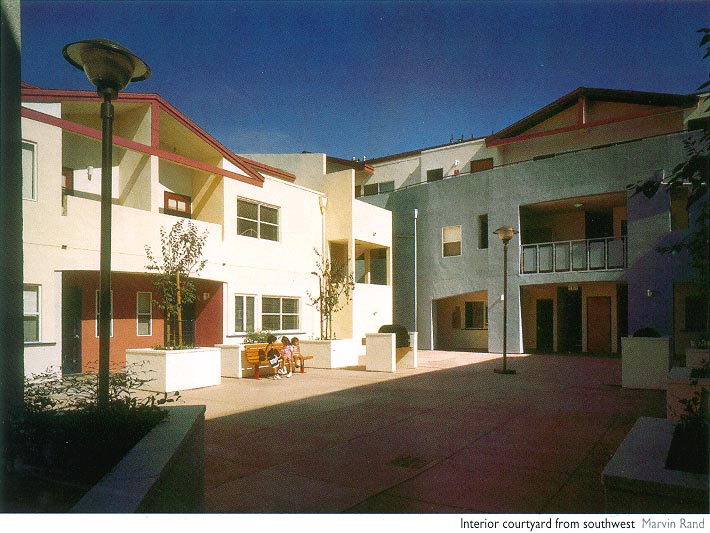 Villa Esperanza exemplifies the success of a low-income community's effort to take control of their neighborhood. In 1985, residents of a south central Los Angeles neighborhood led by Sister Diane Donoghue from nearby St.Vincent's Church successfully opposed the local development of another garment factory. They formed the Esperanza Community Housing Corporation (ECHC) and, in partnership with the Los Angeles Community Design Center (LACDC), eventually purchased the original garment factory site to build 33 units of affordable housing, childcare services, and a neighborhood center. At the beginning of the development process, the LACDC distributed questionnaires to help pinpoint specific needs in the community. Later, schematic designs were presented to a neighborhood committee. The provision of services, including English language classes, a literacy center, a computer lab, and parenting classes has significantly improved the quality of life in the community, according to Melanie Stephens, assistant director of ECHC. "But," she added, "it is very difficult to merge housing with another use, because the people and agencies that fund each of these uses do not necessarily agree with or understand each other." The housing is organized around two courtyards built over a semi-underground parking structure. One courtyard serves as play area for the childcare center, and both receive full sun. Because Villa Esperanza is larger than other structures in the neighborhood, the architects kept its height as low as possible. Three-story sections were placed on the interior of the site and along Maple Street across from a light industrial building. Two-story portions were placed along streets adjacent to one- and two-story residential buildings. Separated entrance stoops break up the long elevations, as do gable-roofed bays, projecting balconies, and bold colors taken from murals on neighboring buildings. Architect and deputy director of LACDC Bill Huang noted, "This development endeavors to provide much more than a decent affordable place to live. The units are designed with separate entries, townhouse configuration, and individual open space to allow each resident to feel a sense of ownership." A strong resident council and ECHC community organizers jointly direct educational and recreational activities at the neighborhood center, helping to build skills and relationships that will help this neighborhood survive and grow in the long term

29 units per acre plus community center.