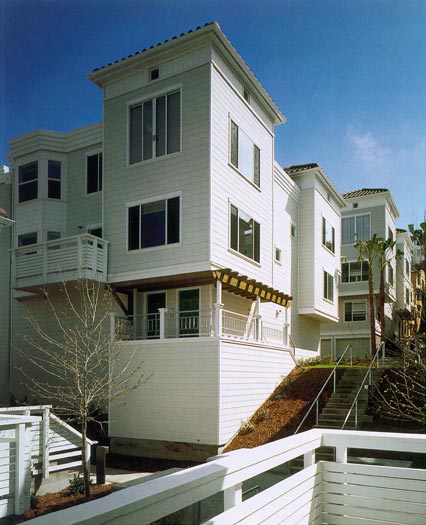 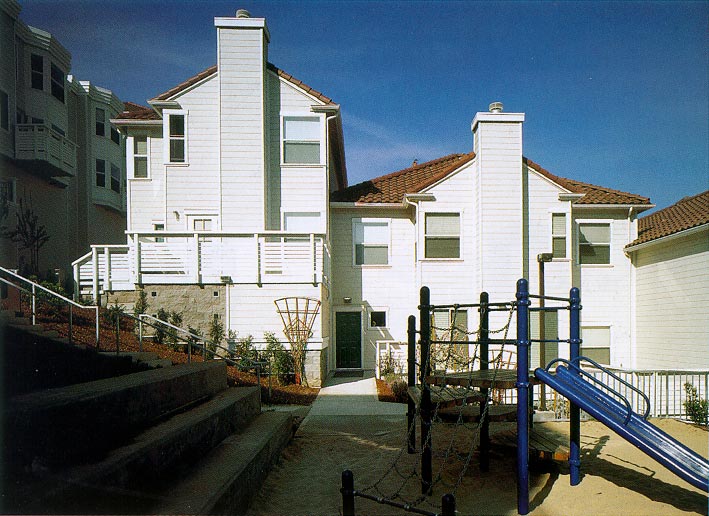 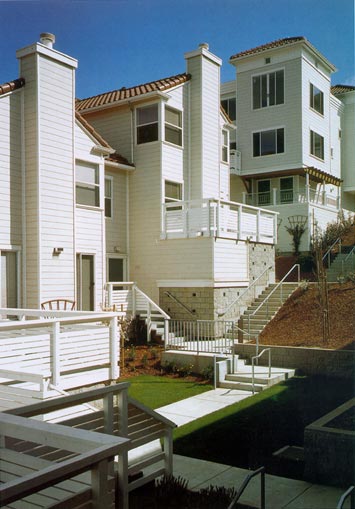 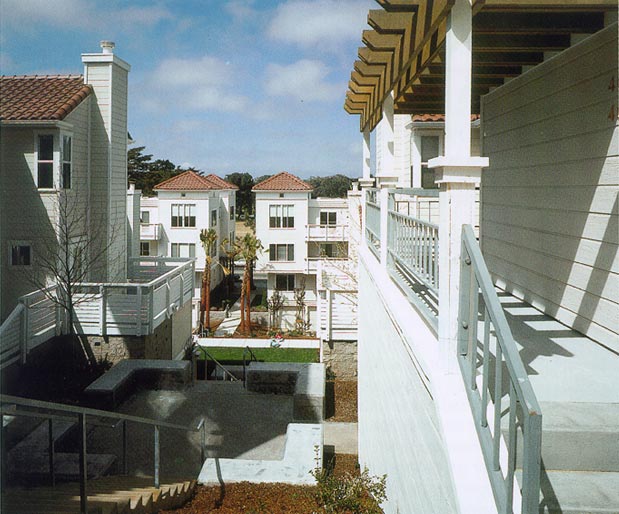 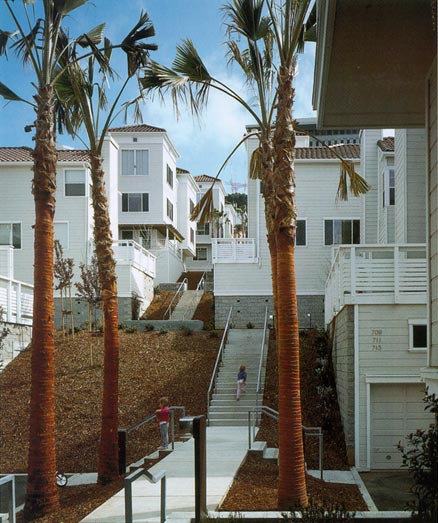 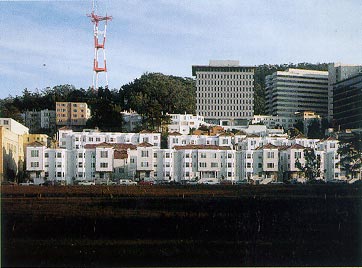 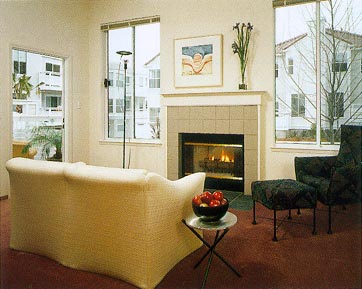 Parkview Commons, condominiums for low-to-moderate income first-time homebuyers occupies the former site of the San Francisco Polytechnical High School. After four years of trying to sell the site, which is located across the street from Golden Gate Park, the school district gave the city a 75-year lease to the land to develop affordable housing. In 1984 a coalition of neighborhood groups began a community-based planning process to develop an affordable family housing program for the site. A proposal by a developer/architect team, BRIDGE, Pacific Union, and David Baker + Associates, was selected. In 1987, opponents of the development succeeded in putting a referendum on the ballot in a special election, which was defeated. Mayor Art Agnos mediated a settlement by creating a forum, as he put it, "where the neighborhood opposition was free to vent their feelings. We listened and tried to address people's concerns. It is important to sort out the legitimate concerns from NIMBYism. Once this point has been reached, it is time for the public official to act in a supportive and proactive role." That the community opposition was not able to stop the development is a testament to the tenacity of local decision-makers and the many dedicated people who devoted years to making it happen. The 114 affordable housing units range from studios to four-bedroom units and are divided into three-story flats facing the streets and two-story, mid-block cottages. Automobile access is restricted to parking mews accessed from Carl and Frederick Streets. The flats at the street edges have individual tandem garages in raised basements, and the townhouses have garages off parking courts. Because the garages are connected to fire stairs the flats have direct internal access--a very popular feature for security reasons. The cottages are accessible from three pedestrian walks bordered by gardens that traverse the block and negotiate the nearly 50-foot difference in grade. The change in grade contributes to the image of a Mediterranean hilltown also suggested by eclectic style of the new buildings. Two former Art Deco-style gymnasiums were saved from demolition and serve as a community center and a circus school. Residents of Parkview Commons purchase their dwellings but lease the land under them for a nominal amount. To offset this subsidy, the city in turn holds a second mortgage on the property with a lien in the amount of the difference between the sale price and the market value. To ensure long-term affordability and to eliminate speculation and windfall profits, the city obtained the right to purchase the property under an option for four years and a right of refusal for as long as the owners have the home. Homeowner Julie Carpenter likes the design and the spaciousness of her home. She remarked, "It fits in with the neighborhood, and I feel safe walking to my house at night as the paths are well lit. I wish there was a little more open space for the kids to play -- it gets pretty noisy. It would also be nice to have a community room. Moving into a house this affordable is an opportunity I would never have had. Many of us are now active in the larger community and the neighborhood." Architect David Baker praised the San Francisco Planning Department for its creative and flexible attitude about the city zoning code. The department was also very supportive of affordable housing and of community involvement in the planning process. Baker said that, "The project was permitted as a planned unit development, which allowed us to modify the zoning codes as we saw fit. Still, we developed our design to follow the spirit, if not the letter, of the San Francisco Planning Code and the Residential Design Guidelines, particularly in having compatible street edge setbacks, heights, and bay modulations." This affordable housing development has set a standard not only for design but also for the political stamina of affordable housing advocates. People have said to Don Terner, president of BRIDGE Housing, "You can build affordable housing in our community if you build something as nice as Parkview Commons."